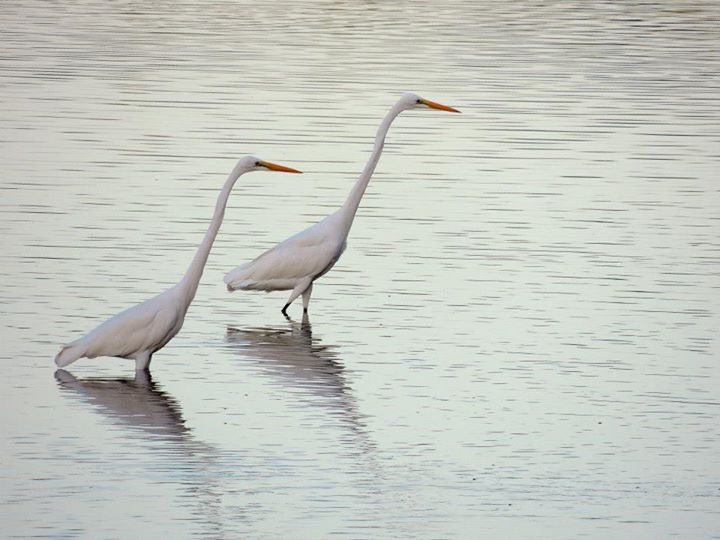 That awkward moment when you think you know something then realizing that you weren’t even close.

Take away the sunset and what becomes the most visible landmark of Manila Bay?

I would answer the trash on its shores and floating on its chunky exhaust-colored water, just because of the scene I encounter everytime I pass by the area.

Sadly, because I was born in the 21st century, this is what’s left of it.

This sad state is the sole image of Manila Bay that me, and maybe everyone else, has.

Even after centuries of being a prime location for naval battles between colonizers, a dumpsite for the city’s factories, and for thousands of hectares of reclamation to build Asia’s largest mall, Manila Bay still keeps a part of itself secret.

And I stumbled upon it a year ago.

Take a look at this photo that one of my friends took at the time:

I bet Manila Bay isn’t the first place that pops into your head if you were asked where that is (it doesn’t count if you guessed correctly because we’ve been talking about it for the past 5 paragraphs).

Surprisingly, pools that reflect serenity as perfectly as it does the mangrove trees around it still exist, and so do a whole lot of other nature things. I found out that later on that Manila Bay is still one of the Philippines’ most important wetland areas when it comes to harboring wildlife.

Specifically, the above photo was taken in the Las Pinas-Paranaque Critical Habitat & Ecotourism Area or LPPCHEA.

To make it easier on the tongue, it was nicknamed Freedom Island by the Department of Environment and Natural Resources.

Here’s a map of where that is:

LPPCHEA or Freedom Island is one of only six sites in the country recognized as having international importance when it comes to helping people and wildlife by the Ramsar Convention.

Maybe because without a wetland basin like this, people from Las Piñas, Paranaque, and Cavite would have to trade in their cars for rubber boats due to flooding of up to 5.23 meters (that’s a two story building) becoming more common.

Or that the loss of a breeding grounds for fish, crabs, and shrimp would drive communities of nearby fishing villages out of a job.

One more thing, if you paid attention to the map earlier, you would have that seen a single narrow strip of land actually connects it to the rest of Metro Manila.

This means that it isn’t an island at all.

What it is though, is a wildlife and nature explorer’s dream.

What did I find there? Wild animals that migrated from as far away as Russia, China, and Japan to escape merciless winters by spending a few months in the tropical paradise that is the Philippines.

Take the Great Egret below for example.

On top of looking like a Brachiosaurus dinosaur from the late Jurassic period, it also regularly flies 8,000 kilometers from where it nests in China to Manila Bay where they easily number in the tens of thousands, with just their fat as fuel.

Think about that the next time you complain about a 5k run.

Speaking of running, do you fancy long hot legs?

Well, get ready for a pair that gives even size 0 models a dose of insecurity. Here’s the Black Winged Stilt, fresh from a long haul flight from Siberia.

Then there’s the Common Kingfisher. With a body that can fit in your hand, it’s anyone’s guess on how it gets here from Japan on its own.

My guess is that its magic.

Unfortunately, I’ve been told that these mangroves, migratory birds, and other wildlife get fewer every year as Manila Bay becomes more like a dumpsite, or worse, a casino complex.

After talking to people from various organizations and reading news reports, I found out that Freedom Island, along with a significant chunk of Manila Bay, is facing a very real possibility of destruction.

All this to put up a highway and an entertainment district by reclaming more of the coast.

It shocked me when I realized what this could mean:

We could be the last generation to see Manila Bay’s natural beauty.

Or we could be the generation that allowed it to disappear.

Which one is worse?

But we can always add a third option.

Let your government officials know you care about what happens to Manila Bay and that they should too. Sign the petition for Freedom Island here and for the rest of Manila Bay here.

Bonus:
Freedom Island is one of the few areas where water loving Nilad trees still grow. Never heard of it before? You might have. While the Nilads are all but gone, their legacy lives on in the place where they once thrived, which came to be known as may nilad, a.k.a. Manila.
This post was written by volunteer nature lovers. If you think it was helpful, please consider sharing it on Facebook and Twitter to help raise awareness about the Philippine environment.
You can also sign up with your email at the bottom of this page so you can be notified when new stories are sent in. 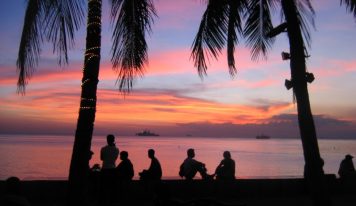 3 Environmental NGOs in the Philippines You Can Volunteer for Today 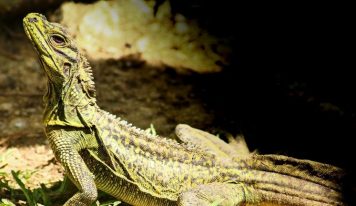 Webinar: Stories from the wild on native and invasive reptiles in the Philippines from a field researcher 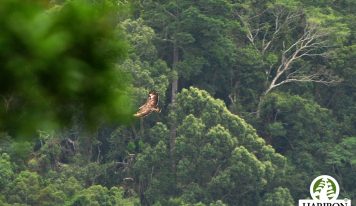